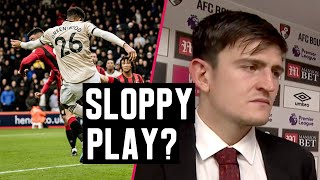 Former Manchester United midfielder Jono Greening was a pitchside pundit for Malaysian Broadcaster Stadium Astro as his former side travelled to Bournemouth. Jono was alongside Sylvain Distin and host Adam Carruthers. Jono even stepped in as reporter, interiviewng Harry McGuire after the game as you can see in the video below. Contact us if you're looking for legends to enhance your media coverage. #ManchesterUnited #jonogreening
2 views0 comments